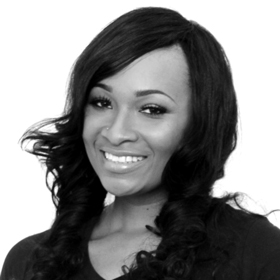 Member
Bachelor's of Business Administration with a concentration in Management
Union City, GA

Being an advocate for our community, after meeting with Trish, CEO of Swem Kids, I knew it was an organization that I wanted to be a part of. I was one of those children who never learned how to swim and was very frightened of the water, even as an adult I still have not gained that skill. But I feel it is a very important skill to have. I stand by this foundation's vision and mission and am so happy to be one of the driving forces of this much needed organization.

What I see for Swemkids future

I foresee Swemkids teaching 500+ families in the next 5 years the importance of water safety, how to swim, and how not to be afraid of water.

Shenna M. Jones, native of Bartow, Georgia is a 2008 graduate of Savannah State University where she received her Bachelors of Business Administration with a concentration in Management. In 2009, Shenna joined the Jefferson County School System until a better opportunity was presented at her Alma Mater, Savannah State University. As Executive Assistant to the Comptroller in the office of Business and Finance at Savannah State University, Shenna assisted with the fiscal affairs of the University’s faculty and administrative staff. In 2012, Shenna was offered a position with Amerigroup Community Care, where she served as the Southeast Marketing Account Manager for 5 years. Every year, Shenna had the pleasure of hosting events such as, Amerigroup Safety Palooza, Ultimate Baby Shower, Amerigroup Farmers Market, Tour de Kids Bike Rodeo and Repack the Backpack giving her the opportunity to educate over 33,000 Amerigroup members and Medicaid eligible enrollees within the Southeast region. Now as the Marketing Coordinator to the Atlanta Amerigroup Marketing team; Shenna still enjoys every bit of the job and is fully committed to supporting her community. Shenna is married to her loving husband Gil Jones of 9 years both reside in Union City, Georgia with their 8 year old Shih-Tzu Kobee.

Back to Board
Members