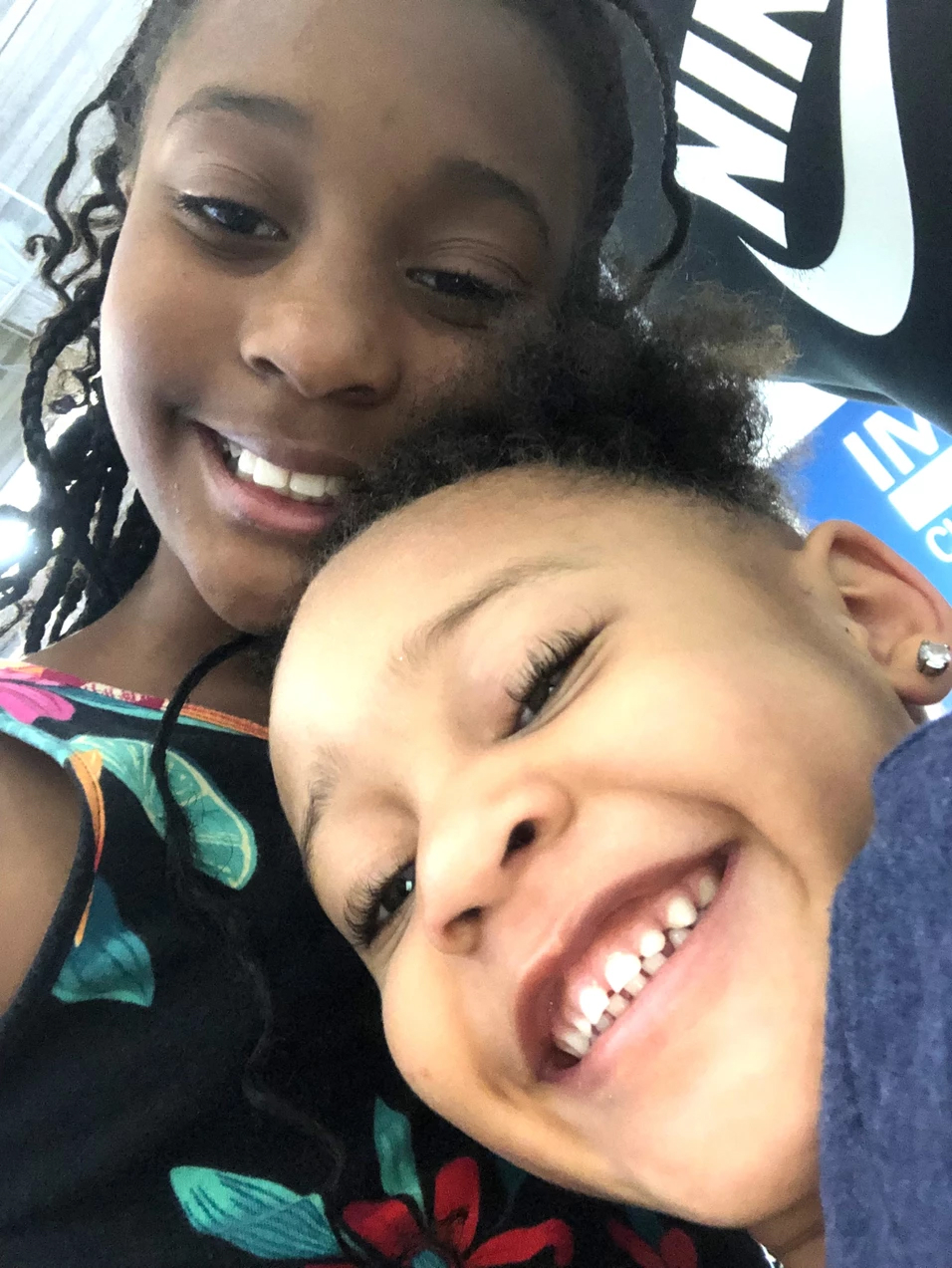 It took 90 seconds for a normal day at the neighborhood swimming pool to quickly escalate into a life-threatening emergency. That’s how long 3-year-old Kali Dallis was stuck under water when she jumped in with a floating tube around her waist before it tipped her over, head first. Swimming nearby with her aunt and cousins, Kali’s 10-year-old sister Jayla noticed her struggling and immediately dove in to pull her sister to safety. For eight minutes, Kali had no pulse.

If you ask Jayla, she wasn’t nervous or scared, and she didn’t think twice. Unlike most girls her age, she had spent time watching lifesaving videos on YouTube that taught her what to do in emergency situations like this one. She didn’t know she would soon need to use those quick-thinking, problem-solving skills to save her own little sister’s life. She performed CPR until paramedics arrived. Usually a vibrant, playful toddler, Kali remained in the hospital undergoing critical treatment for nearly two weeks.

“It was the most horrible thing I have ever seen in my life,” the girls’ mother Daneshia said when she reflected on spending those nights in the hospital with Kali. “I didn’t ask for details. I just wanted to know how I could prevent this from happening again.”

Daneshia is a self-taught swimmer; however, she grew up in a household where learning to swim had never been a priority. Not because her family thought it was unimportant, but because she is a victim of generational habits that perceive swimming as a leisurely activity and not a life-saving skill. She spent most of her summer days as a kid at the recreational pool from the time it opened until it closed, learning by watching others swim. Even now, she gets in pools with her children regularly to ensure they, too, are secure with the water and can swim. Although she developed a relationship with the water that made her comfortable and unafraid, she never learned formal techniques or gained proper knowledge on water safety that she would have from structured swimming lessons. In fact, Daneshia didn’t know just how dangerous the water can be until her youngest child, Kali almost fell victim to drowning.

Children’s Healthcare of Atlanta has reported that babies and toddlers, like Kali, can drown in as little as one inch of water. More specifically, children who drown in swimming pools are five and a half times more likely to be African-American (source). Studies show that this disparity has been rooted in American history for years when pools were segregated and inaccessible by the African-American community. That’s why SwemKids is dedicated to eliminating obstacles that prevent a healthy relationship between minority children and the water by ensuring they are exposed early and learn the necessary safety skills to help them swim at ease.

Now three months later, after a drastic recovery, Kali is back to being the vivacious child she has always been. And Daneshia is eager for parents to invest in swimming lessons and water education for their children. It’s important to her that parents know which devices are safe for small children to use in the water and that children learn techniques like CPR when things turn critical during a normal day at the pool. Daneshia also believes there are steps apartment complexes can take to ensure children are safe at all times.

“It is critical that every public establishment with a pool has an on-duty lifeguard to prevent something like this from happening—even if it means implementing an extra fee for residents during the summer.”

Her advice to parents is simple: they should learn to swim or take a refresher course so that they’re able to join their children in the water. She’s even looking forward to taking structured lessons with her own children to learn technique.

As for Jayla, everyone from county officials to members of her community are calling her a hero. If it weren’t for her quick action, Kali’s story could have had a different ending. An A/B honor roll student, Jayla was unable to attend her school’s award ceremony while Kali was hospitalized, but her principal and teachers partnered with the DeKalb County commission to present her with her certificate later, along with a plaque from the DeKalb County CEO. SwemKids is also excited to collaborate with Jayla’s school this academic year to provide free swimming lessons to her classmates in her honor. Our hope is that with each swimming lesson, we are able to prevent future stories like this one.

June 11 has been declared Jayla Dallis Day in DeKalb County.

Check out our other stories!
Making Waves: The Dallis Family Story
From Fearful to Hopeful: How The Water is Fueling An Aspiring Swimmer's Purpose